May 20, 2012 the same day as earthquake in near Ferrara and Bologna[break]

© 2012 by Linda Moulton Howe
[break]
Updated May 27, 2012/ Originally published May 23, 2012  Bracciano, Italy -
On May 20, 2012, between 7 to 8:20 PM Mountain, I was at Mesa del Sol on a hill over Albuquerque, New Mexico, to watch the rare and elegant annular solar eclipse. Albuquerque was right in the middle of the eclipse path and we were able to watch the full astronomical perfection as the Moon came between the Earth and the sun. The reason 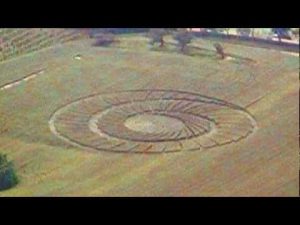 for the ring this time instead of the total solar eclipse surrounded by the solar corona was because the Moon's orbit around the Earth is not a perfect circle. The Earth-Moon distance varies by 13 percent. So when the Moon is on the far side of its orbit, it appears slightly smaller than the Sun and therefore does not completely cover the solar disc during an annular eclipse, leaving a ring of sunlight around the Moon. The May 20, 2012, annular eclipse began in China and swept eastward across Japan and the Pacific Ocean to southern Oregon, northern California, southern Utah, Northern Arizona and central New Mexico where Albuquerque was centered in the middle of the eclipse path. [read more ..]
[break]